Another successful Dragon’s Den for Sovereign in Newbury 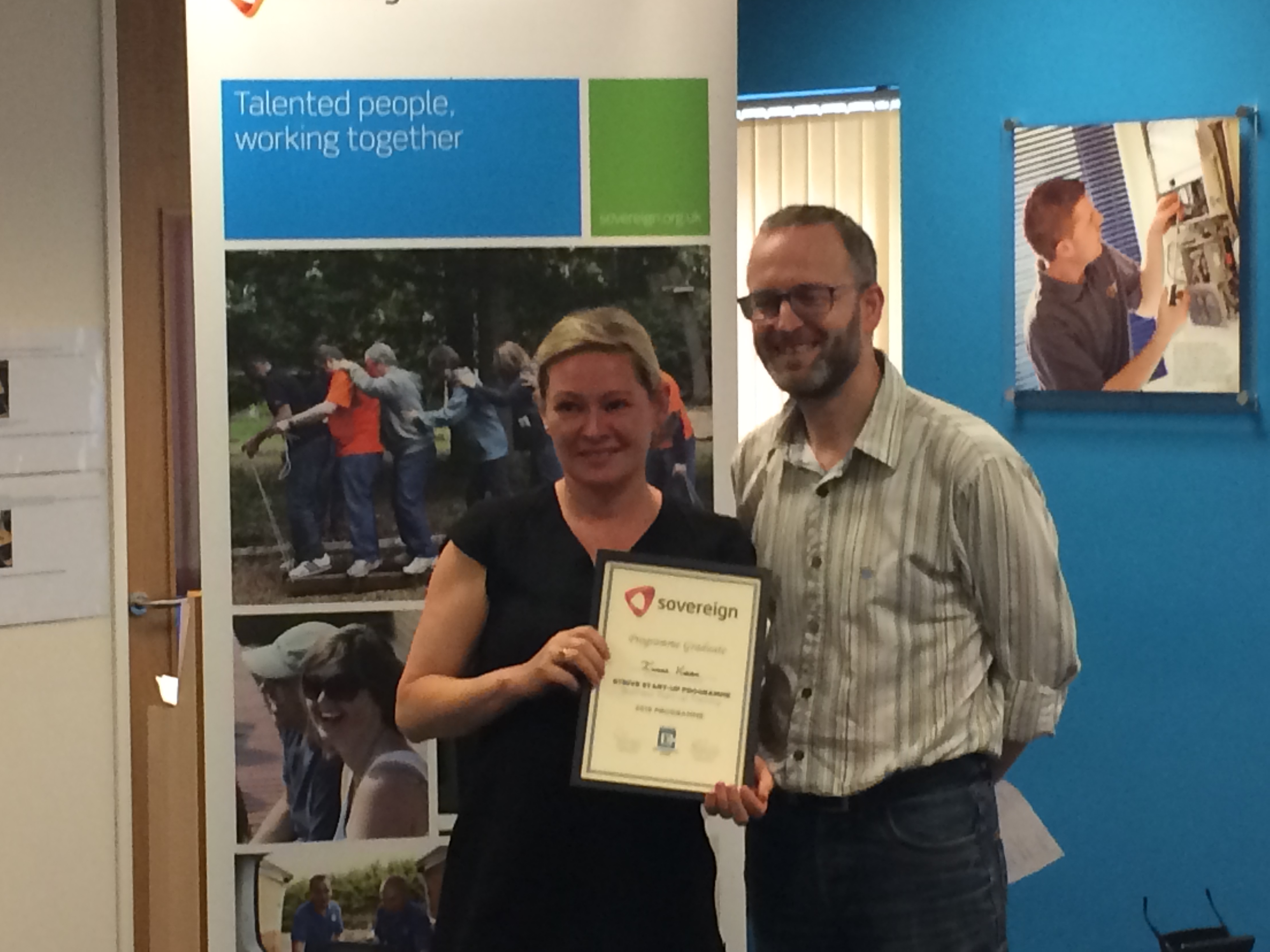 27 Jul Another successful Dragon’s Den for Sovereign in Newbury

Twelve weeks of hard work finally culminated in an extremely high calibre Dragon’s Den in Newbury on Friday 17th of July. Eleven budding entrepreneurs, including two who’ve participated in our Online Learning program came together to wow the judges with their passion and commitment to each of their respective businesses. Lin Dewsnap of Hippy Core Yoga presenting to the panel

Though many of the resident entrepreneurs were nervous about presenting to the panel, they soon found out that the scary Dragons were not so scary after all, providing some extremely valuable advice and offering a range of support. Many of the Strivers received a £250 start-up grant from Sovereign, while others were offered mentoring by some of the Dragons themselves, and the opportunity to sell their products in a Sovereign marketplace in the coming months.

Some of the entrepreneurs are already up and running, such as Ann Doughty who runs her own bookkeeping business called Abacus Accountancy. The Dragons have generously offered her a £250 start-up grant to help her gain further qualifications and training, as well as a mentor within Sovereign to assist her in the future with her expansion plans and taking on an apprentice. Among the group there were many creatives, ranging from Michelle Dolby with Tinys Little Gems who makes silver handprint jewellery, Rob Boardman of Aquaregia Design who also creates bespoke silver jewellery, Verity Murricane of The Rat’s Whiskers and her unique sugars, fruit teas and crystalised peels and Lisa Gibbons, who upcycles used furniture, giving it a new lease of life in her business, Beloved Treasures. All of our Strivers did a stellar job on their presentations and their business plans, seriously impressing the judges. As Colin Gallaugher, one of our Dragons said, “I’m well impressed by all those who presented today. We’ve seen some huge strides in breadth of different ideas and a huge passion for what each of you are doing.” Iwona Kielbon, of JM-Massage receiving her certificate from the Dragons

Congratulations again to all those who presented and we look forward to seeing your successes in the future.