The world has changed dramatically, and to meet the changing needs – we’re changing too.  This year, we’re working in new ways to help grassroots entrepreneurs, including;

When the UK hit lockdown, training spaces closed their doors – and we hit our design room.

Using all we’ve learnt from years of delivering online training we set about building something to bring the magic of a real world start-up incubator into the homes of our entrepreneurs.

Strive Live combines on-demand content, with flip-learning, snazzy on-line learning, live training sessions and group discussions, check-ins and challenges in one 12 week project that is as close to real training as you can get.  You can even gossip about the trainers over the coffee break!

Special thanks to PA Housing, who have funded our first Strive Live project. 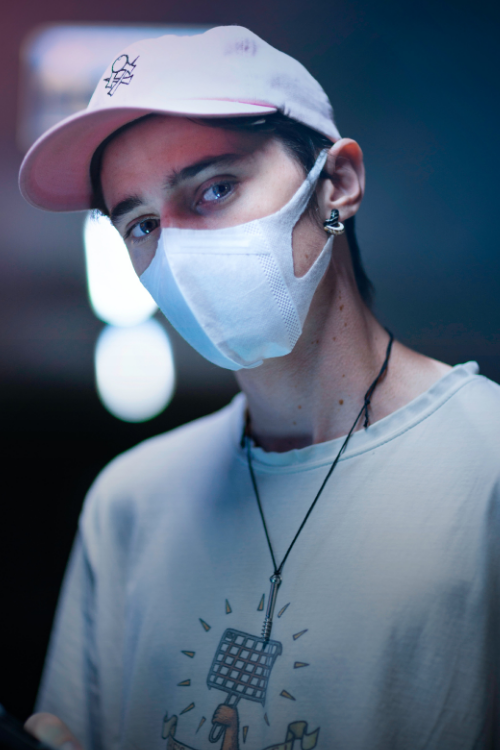 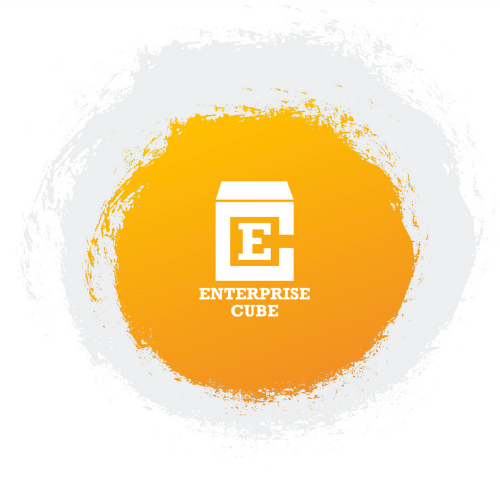 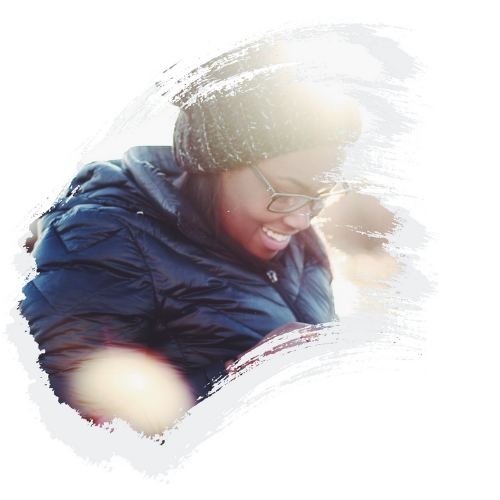 As the pandemic threatens to create a recession of record levels, more people than ever are going to have to bounce back from tough times. We believe that while the pandemic is causing huge amounts of harm, amongst all the economic, cultural and social upheaval there are opportunities for many people to bounce back better than ever.

We know a little bit about change, bouncing back and seeing opportunities. We’ve have good teachers in the 3500+ grassroots entrepreneurs we’ve met.

We decided to leave our ‘start-up bubble’ to pitch in and help anyone looking to make a change after the pandemic.

So we devised, The Bounce.

The Bounce is a month long intervention, packed full of energy, passion and info it aims to people the tools, resilience and aspiration to find their way bounce back better than ever. Find out more about the project, and how we can help your community to bounce.

NEED HELP FOR YOUR RESIDENTS 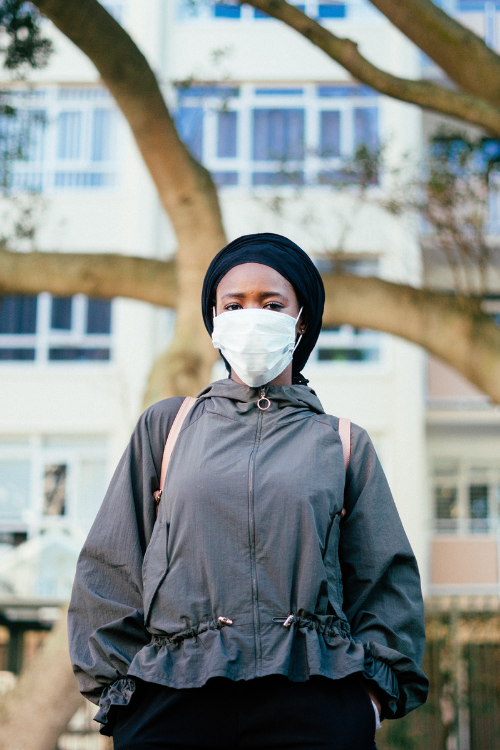 With the onset of the pandemic we’ve seen unprecedented disruption to business, with millions of businesses temporarily forced to close or dramatically change the way they operate. Grassroots entrepreneurs were faced with a real challenge to navigate the new risks, pitfalls, policy and government support schemes.

Working with Sovereign we launched a Covid19 Business Support service to offer advice and guidance to help residents in business through the crises.  The service aimed at those who were in business as the pandemic took hold and the UK lockdown started, has helped and advised dozens already.

It’s been great to be there to help residents to:

THE BOUNCE BACK STARTS NOW

The UK government has responded to the crisis with a myriad of schemes, grants, loans and changes to both benefits and regulations.  The scale of the support schemes are incredible, however, cabinet ministers have often accepted that there are gaps in these schemes. Alongside our work to support residents understand these schemes we think it is important to highlight who might fall into these gaps.

If you work for a charity, housing association or local council and want to understand these gaps in support – please contact the team to talk about the changes and who in your community could be at risk.

Below are our big five gaps that we can see many people in your communities falling into:

SEISS cannot be claimed if you registered after APRIL 2019!

The Government SEISS scheme was set up to offer a Self-Employed Income Support Scheme for self-employed workers. Similar to the bigger JRS furlough scheme it enabled a grant payment based on 80% of income (before tax), capped at £2,500 per month. However, while employees are eligible for JRS as long as they were on payroll on 19th March 2020, the self-employed effectively need to have been paying themselves a full year earlier before April 2019.

This is because the SEISS scheme requires you to have filed a 2018-19 tax return for your self-employed business. So anyone starting a business in the last year cannot receive SEISS, and instead will only have Universal Credit to fall back on which will give them less financial support and may not give them any if they have savings.

Your SEISS isn’t based on last years earnings!

As a SEISS grant is calculated by the government on your income before March 2019, anyone whose business income was is growing is likely to lose out and get far less than the equivalent person on the JRS furlough scheme, which primarily considers your income after March 2019.

The government can calculate SEISS in a few ways but they will never take into account your earnings from 2019-20.  So if your earnings have been growing you may see your lower figures taken from previous years reducing your SEISS grants.  Unfortunately, many grassroots entrepreneurs may find that based on their 2018-19 figures they aren’t eligible at all!

Any businesses started in 2018-19 are particularly at risk of falling into this gap, however, anyone with a growing income will not see their grants reflect their earnings in 2019-20.

It is worth noting that if you’ve been self-employed for several years the government will take an average of up to three years in calculating your grant so the effect of one bad year on your SEISS grant will be lessened.

SEISS can only be claimed if it is your main income!

If you get less than 50% of your income from self-employed income you’ll receive no financial support through SEISS to make up for your reduced income during the pandemic.  This is in contrast to the JRS furlough scheme which enables workers to be furloughed from multiple employers at the same time, regardless of whether it is their main income.

Both those working on running a business part-time or those building a business could fall into this gap, which is a really hard blow to people who became self-employed to come off benefits or top up a part-time job.

Example:
Jack, Rebecca and Jusna are all cleaners working five days each week. For ease let’s say they all earn £75/day.

Jack is a cleaner who working part-time for a big cleaning company three days a week, but also does two days self-employed cleaning for some private clients. Jack has been furloughed from the big cleaning company, but can’t get SEISS grant because back in the 2018-19 it was only 45% of his income, despite the fact it is actually now 60% of his income. So now he’s getting 80% of three days a week through JRS (£180/week).

Highlighting just how unfair this could feel, Jusna does the same hours but for two cleaning companies and has been furloughed (JRS) from both companies so is getting 80% of five days (£300/week).

Rebecca actually does the same as Jack, working three days for a big company and two days a week cleaning for private clients in her own business. However, Rebecca set up a limited company for her little business, through which she is paid her wages, which means she can furlough (JRS) herself for the two days private cleaning – so she’s also on 80% of five days a week cleaning (£300/week).

Poor Jack was doing the same work but the gap in SEISS means he gets £180, while Jusna and Rebecca both receive £300.

SEISS is based on annual earnings!

Many people across the country undertake seasonal self-employed roles, in industries such as; summer sports, hotels and campsites, children’s camps and music festivals.  Normally earning as much as they can during the summer months and then taking lower paid employed roles in the winter months.  Unfortunately, while JRS includes a mechanism to account for fluctuating and seasonal pay, SEISS does not and assumes that income is created evenly throughout the year.

This means seasonally self-employed workers, will see their higher summer income averaged over 12 months. Depending on work patterns and their total earnings this could have a small or dramatic impact.

A seasonal self-employed worker who earns £12,000 over four months in the summer, would see their £3,000/month salary treated as £1,000/month by SEISS, only receiving a first grant of £2,400 compared to someone on JRS who would have received £7,200 for the same period.

Although a seasonal self-employed person earning over £37,500 will see no impact regardless of their working patterns.  This is because they still average an income equal or more than the £2,500 SEISS and JRS caps.

This gap effects anyone claiming a SEISS grant that with fluctuating income that usually earns higher in the summer than the winter.

16HRs CATCH FOR THE SELF-EMPLOYED

If you receive SEISS you must declare you’ve worked 16hrs!

An additional caveat to the SEISS scheme will create a another gap for the part-time self-employed, particularly those in receipt of benefits that are paid on the basis that they are not working 16hours or more a week. If you were running a business for 12 hours a week, and it was your main income, you may be able to apply to SEISS to get a grant towards your lost earnings however you will have to report that you have worked 16hrs when you receive the grant.  This may jeopardise your benefit payments, leading to financial penalty for accessing SEISS.

This maybe the smallest of our big five, as many will fall into the bigger trap that self-employment is not their main income before they can experience this one, however the risks could be high here.  This catch to SEISS could cause a ‘change of situation’ for people on benefits, leading to stressful and complex recalculations of their benefits going forward.  Please do get in touch if you or someone you know has been caught in this gap we’re keen to hear more first hand experiences of this particular issue.